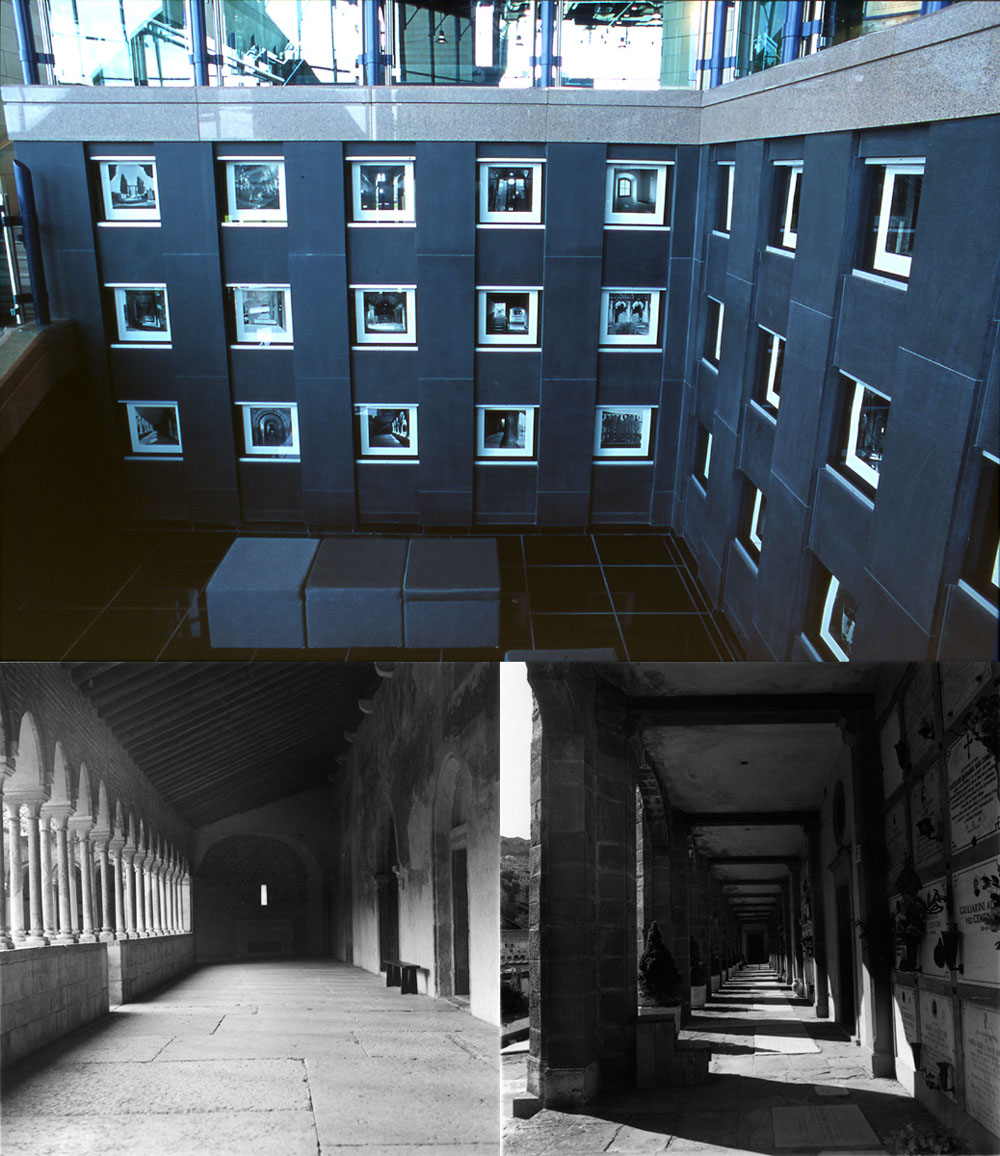 Selections from the Niche Project installed in the exhibition The Architectural Uncanny.

These thirty photographic images form a site-specific project for the atrium stairway at The Rooms. It was created for the opening of The Rooms, the new provincial art gallery in St. John’s. This body of work represented a departure from my previous way of working. It was my first purely photographic project recording public spaces and my first site-specific piece.

In 2000, I found myself questioning my use of the personal domestic space as an exclusive image source and decided that I literally had to get out of the house. The result was these photographic translations of places found during travels. The only parameter I set was that I would continue to look at architectural sources and structures. In contrast to earlier work, where I photographed spaces I knew intimately, I now felt like a tourist. I had to find a way to react to places where I would spend only a brief period of time. I avoided photographing the well-known monuments that might have been just outside the frame; instead I recorded how I approached that famous view, where I stopped, and where I rested.

When I saw the niches in The Rooms, I knew how I could use these images. Looking into the architectural niche is reminiscent of looking into the viewfinder of a medium format camera. The linear perspective in the imagery echoes that of the grid of squares on the converging walls. The niches and the images both contain space in a geometric way. The images parallel the site by being representations of other architectural niches in public buildings or sites. All of the images refer to physical or temporal passage, creating a pause at the moment of transition.