The next series of experiments revolved around using the scanner as a means to generate imagery. Again, I looked to my most recent work and used photographs of the Townsite House windows and created collages of photographs and objects. 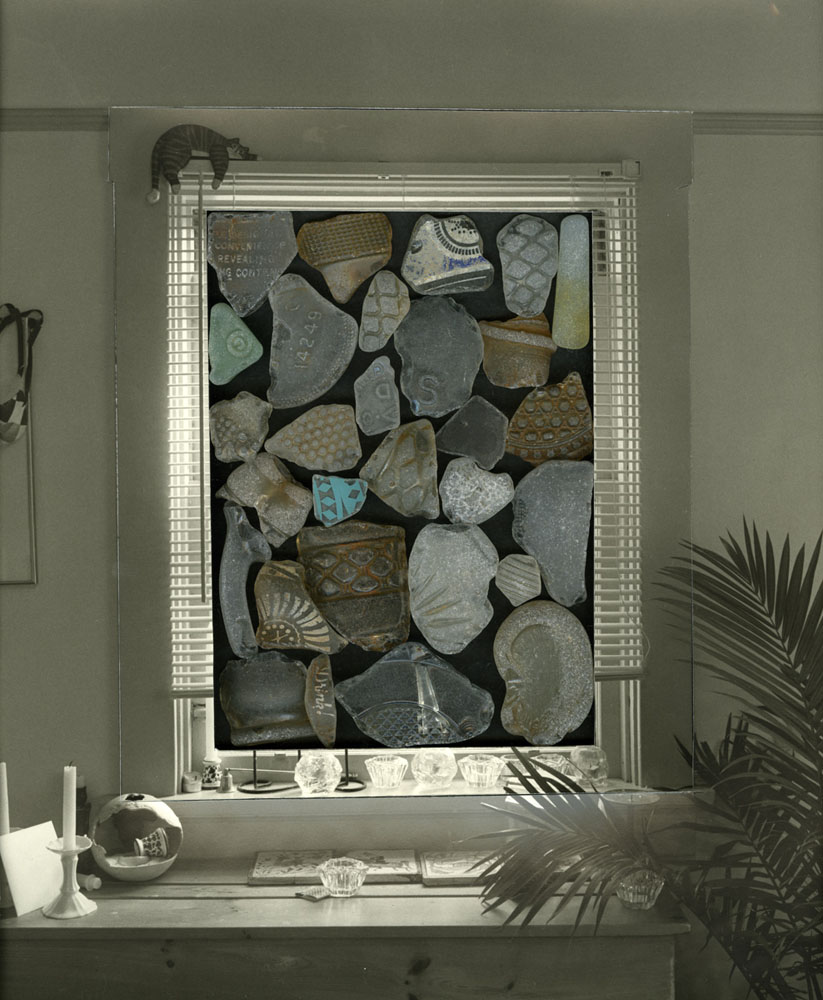 While this was helpful in starting on the learning curve of working digitally, I felt the images used strategies that I had already fully resolved. At this point I decided that I had to move into development of an entirely new image source since using familiar sources seemed to impede the evolution of a new way of approaching work. 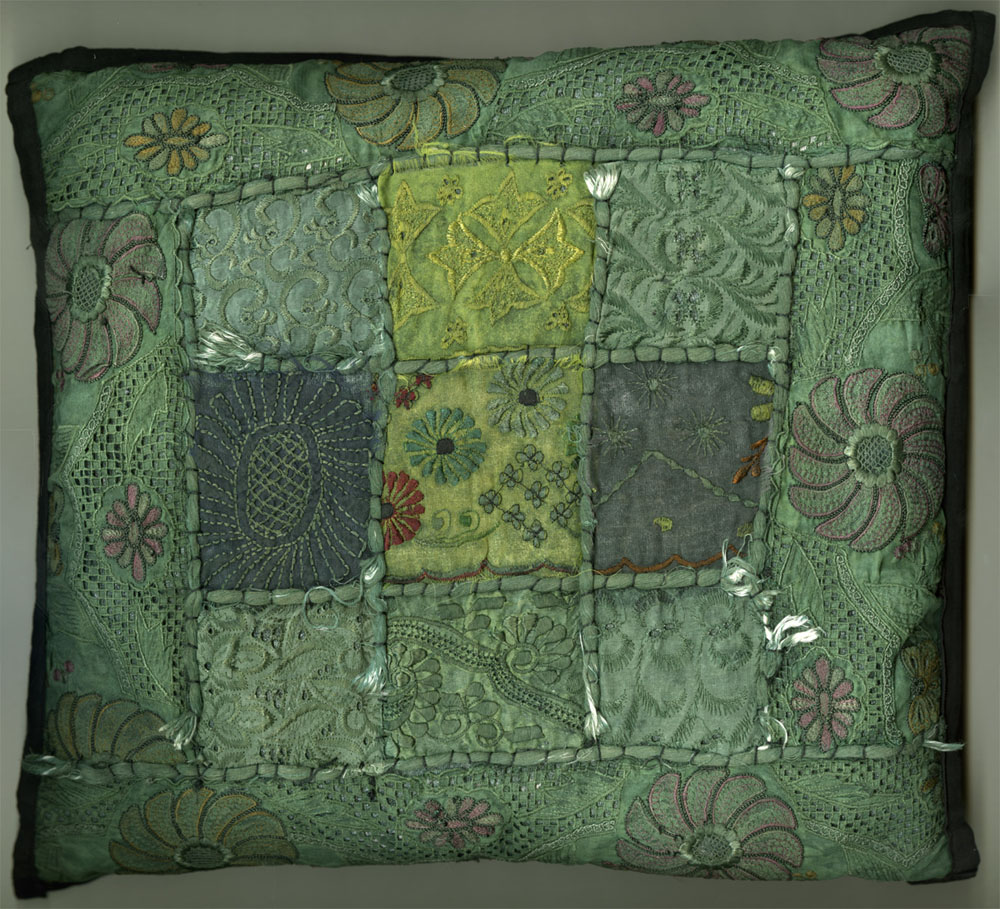 Digital images created by scanning the object in two parts and then using the autoalign feature in Photoshop, 2007.

Keeping the parameter or working with the scanner and colour, I started to make a catalogue of patterned objects from my home. I used textile and fabric objects as I felt they would provide a challenge to issues of registration. These objects tended to be from other cultures and I was concerned by the overly exotic nature of the images.