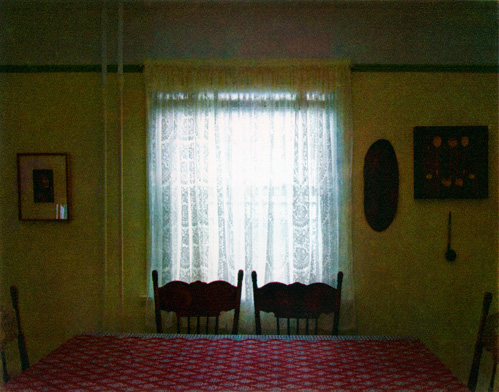 61EVR, four-colour photogravure, 14 × 17.6 cm, 2009. In an attempt to integrate colour into my work, the first images I made built on my previous work, the Townsite House Project. 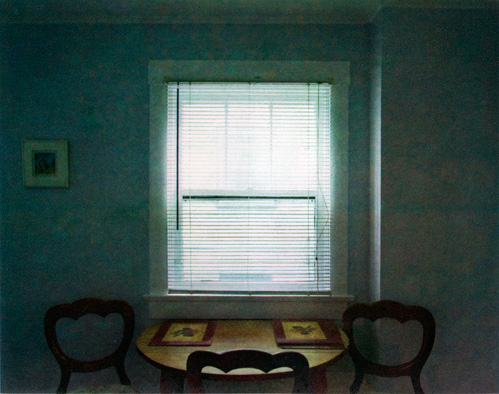 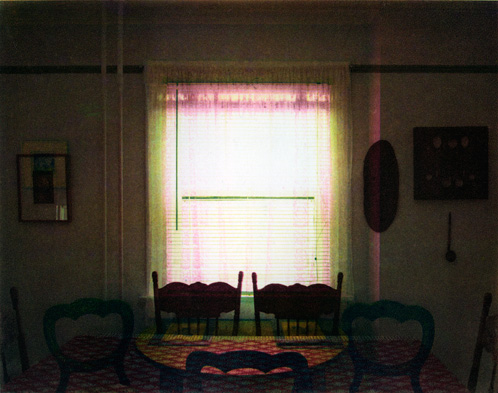 61EVR Pentimento, four plate photogravure, 14 × 17.6 cm, 2009. In considering their potential as four-colour photogravures, I played with combining plates from the two images, creating a composite but maintaining the dominance of one source space. The magenta and black plates are from 61EVR and the yellow and cyan plates from 66CS. 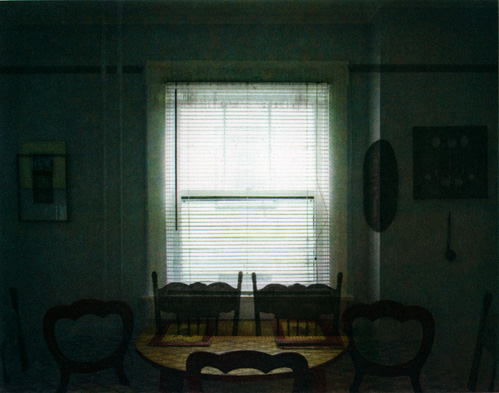 66CS Pentimento, four plate photogravure, 14 × 17.6 cm, 2009. This is the second composite and the cyan and black plates are from 66CS and the magenta and yellow are from 61EVR. Making these prints represented a significant technical learning curve. While these images contain the artifacts of technological problems, this experiment confirmed that creating four-colour images by hand could be playful and move beyond the reproductive.